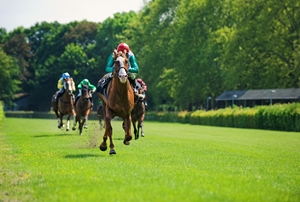 One of the premier racecourses in Australia has been struggling with inferior turf conditions. Royal Randwick Racecourse in New South Wales is due to host The Championships in less than two months, but there are looming fears the spectacle will be diminished.

Offering a staggering $18 million in prize money across two Saturdays in April, the racing meet is one of the premier annual events in the state.

Quality of races is reduced

During the most recent races, which act as a warm-up to the impending competition, it became clear that not all is well with the racecourse.

There is a defined ‘slow lane’ on the inside, with the vast majority of jockey’s choosing to avoid the rail. This inhibits any especially exciting finishes to races and can unfortunately turn them into a procession.

CEO of Royal Randwick Racecourse and track manager Nevesh Ramshani explained to Fox Sports that the poor quality surface was caused by ineffective watering. The racecourse has no proper irrigation system in place and was over-watered in the wrong places.

The venue spans more than two hundred acres in total. However, there is only around eight miles of irrigation management in place, according to the Sydney Morning Herald.

The Championship is one of the jewels in the crown of the racing calendar, with local, national and international jockey’s, trainers and punters expected to be in attendance.

Effective water management is crucial to ensure that turf remains as usable as possible – especially when it’s to be utilised for sporting events. A Hydrosmart water conditioner can unlock the bio-available nutrients within the resource, which help supports healthy and lasting growth.

Furthermore, a solution from Hydrosmart can also reduce the effects of scaling, helping to keep any irrigation system in the best possible condition.

User sent photos taken before and after Hydrosmart
October 26, 2021