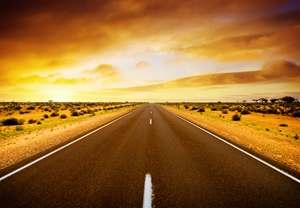 Southwest Australia could experience a 40 per cent decrease in annual rainfall, according to research carried out by the United States National Oceanic and Atmospheric Administration (NOAA).

Seasonally, winter and autumn will be worst hit on a timeline that continues to the end of 21st century.

The findings – published by highly regarded scientific journal Nature – explained that the change to Australia’s water cycle will be attributed to the continued increase of greenhouse gases.

Regionally, Perth will be one of the areas most severely afflicted. Global warming is likely to cause extended droughts in and around the city. If the predictions from NOAA do come true, the region will have to find better ways to manage water and get the most from dwindling supplies.

“The only way for Perth to continue as a city is to find alternative water sources because a further large decline in rainfall will mean they won’t have enough water to supply their current population,” University of Melbourne climate scientist David Karoly explained to The Guardian.

Water conditioners will be incredibly important, as will the ability to find those aforementioned alternative water sources.

The regions that surround Perth are known for some of Australia’s better quality wines, and those in viticulture will find it difficult to keep their output high if droughts and water shortages become even more commonplace.

Aside from the wine industry, Western Australia plays a big role within both the state’s and country’s agriculture sector. In the locale, wheat and barley production top over 8.5 million tonnes annually, while there are also over 15 million sheep and lambs to be looked after, according to data from the Australian Bureau of Statistics.

With the latest report from NOAA making grim reading for the future, those in the sector who are well placed to get all they can from precious water resources will be best served going forward.