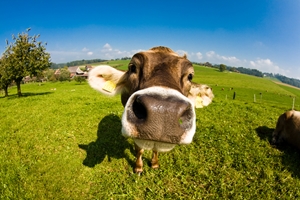 The latest figures from Dairy Australia have shown the seasonal output from the dairy sector across the country to be on the increase, despite some volatility in the international market.

Milk production rose 2.6 per cent in 2014 compared to the same period in the previous year – July to December. That equates to a total of 5.33 billion litres of milk.

Dairy Australia’s Situation and Outlook Report for February shows that the sector in Australia is doing even better than expected, when viewed in light of other struggling markets across the globe.

However, Commercial Research and Analysis Manager of Dairy Australia Norman Repacholi warned farmers that drought has the potential to limit production, both in Australia and across the ditch in New Zealand.

Research from the University of Florida pointed to the fact that the quality of water provided to cattle can have a significant impact on animal health and performance. To that end, using a water conditioner to ensure resources stay as usable as possible should be high on the list of considerations for those in the industry.

This is highlighted by the fact that Dairy Australia predicted that growth in milk output could increase by a further 2 per cent at the end of the 2014/2015 production cycle. Farmers will need to keep their livestock in the best of health to achieve that figure.

Another factor which will support that growth is the broadening of the global export market.

“Favourable international trade deals, such as the China Free Trade Agreement at the end of last year, have added to dairy’s appeal as an attractive investment opportunity,” Mr Repacholi said.

If the national herd can be kept in check, trade deals made more effective and investment boosted, the dairy industry in Australia will continue to thrive in the months and years to come.