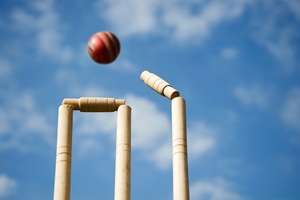 One of the showpieces in the global sporting calendar this year, the ICC Cricket World Cup will be hosted by Australia and New Zealand from February 14 to March 29.

While the eyes of the world will be on the 14 competing countries – and the host nations in particular – the teams rely on good pitches to put on a great show.

Curators around Australia have had to do battle with prolonged hot temperatures, leading to concern that the cricketing prowess on show may not be fully highlighted.

Flat pitches and dry outfields characterised the pitches that have been used in the warm-up games to the tournament, with one Aussie cricket legend voicing his concern that the overall quality of the tournament could suffer.

“[Poor quality pitches] is last thing we want. We should have the wickets that everyone expects to play on when they come to Australia,” explained renowned fast bowler Brett Lee, as reported by the Sydney Morning Herald.

The pitches at two of the showpiece arenas have even been questioned by stand-in Australian captain Steve Smith. Both the 46,000 capacity Sydney Cricket Ground and the 100,024 Melbourne Cricket Ground have been described as “tough” and “excessively flat” by Mr Smith.

Cricket has a long history of the home team doctoring pitches to more favourably fit their style, but the current crop of offerings at stadia across the country are far from ideal for anyone involved.

Hot conditions twinned with a lack of rain in some areas is making pitch curators’ lives more difficult than usual.

To that end, implementing a water conditioner solution from Hydrosmart can be the perfect way to make the most of applicable sources while also supporting turf growth.

By unlocking the bio-available nutrients within water, Hydrosmart can help in efforts to cultivate the best surfaces for sporting use.

User sent photos taken before and after Hydrosmart
October 26, 2021