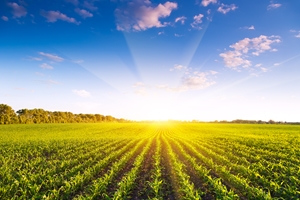 Latest statistics from the Australian Bureau of Meteorology (BOM) revealed that 2014 was one of the warmest years in living memory.

The last 12 months presented the third-highest average temperature across the country, since official records began back in 1910.

“Much of Australia experienced temperatures very much above average in 2014, with mean temperatures 0.91°C above the long-term average,” stated Assistant Director for Climate Information Services Neil Plummer.

Australian industries that rely on stable weather have had little let up from the highs that were reached in 2013 – which is the hottest year ever recorded by the BOM.

The sustained 24-month period of above-average temperatures has left some areas of the country in prolonged drought conditions. While rainfall for the entirety of the country was just below average, dry spells in southeastern Queensland and northeastern New South Wales were only made worse by the increased temperatures.

There appears to be no end in sight to changes to the Australian climate either, as temperatures have risen by one degree on average since 1950. The BOM pointed out that with 2014 following suit, the trend for hotter days is not likely to wane any time soon.

High temperatures and dry conditions quickly blend to present issues involving water shortages. Both commercial businesses and homeowners can benefit from ensuring any subsequent shortfalls have a minimal impact on their day-to-day routines.

Maintaining the usefulness of bores and the appropriate river sources can be crucial. Before using that water, treating it with a Hydrosmart water conditioning solution prevents scale buildup and reduces salinity through the use of resonant frequencies – not chemicals – ensuring that what you end up with any unruly minerals removed.

Furthermore, a Hydrosmart solution is ideal for use in conditions where every last drop of water should be savoured, as unlike a reverse osmosis system, there is absolutely no waste.