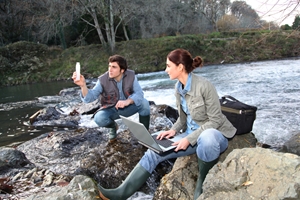 Australian agriculture and food production will continue to suffer over the coming years due to hot conditions and a lack of water, according to research from the University of Melbourne.

Climate change has led to a tipping point which is making rainfall less predictable and temperatures more varied, factors that those in agriculture have relied on being predictable in the past.

The next decade has been dubbed as critical, while the outlook is even bleaker over an extended time period. The findings of the University of Melbourne explained that there will be a 5 per cent increase in average temperatures across Australia by 2070.

Due to much of the predicted changes taking hold across vast swathes of the country, there are many industries within the wider agriculture sector that are likely to see their output suffer.

From banana growers in Far North Queensland to lemon producers in central New South Wales, all will need to be aware of the issues that worsening conditions can pose.

The beef industry in particular is likely to be hampered. The growing seasons for usable pastures will become smaller, meaning that there will be more reliance on less beneficial grain feeding methods.

While some farmers may choose to breed more heat resilient cattle this can be detrimental to meat quality. The ideal solution is to get the best from resources, especially as they become more limited, as predicted.

Using a water conditioner from Hydrosmart can unlock the bio-available nutrients within the resource, meaning that both crop and livestock growth can be better supported.

The report has been prepared by the University of Melbourne in preparation for Earth Hour on March 28. The movement is organised by the World Wide Fund for Nature after starting in Sydney in 2007 and encourages people around the globe to turn off their non-essential lights for one hour and think more actively about climate change.