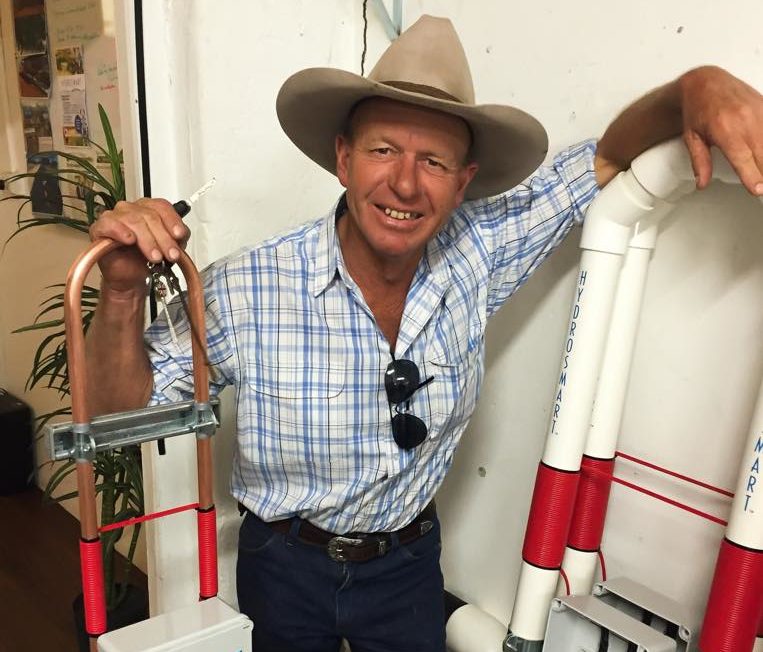 Craig Osborne raises horses in the Australian outback. He started treating his water with Hydrosmart water conditioners in the middle of August and has observed impressive results after the first few weeks.

Mr Osborne had been experiencing significant trouble getting his horses to put on weight, even though they were eating a lot of feed. Other attempts to solve the problem, including getting the animals’ stomachs cured for sand and performing blood tests, failed to turn up any promising solutions.

When he noticed that his horses gained weight while away at other locations, such as fairs, he realised something could be awry with his water. The issue, he believed, had to do with alkaline elements in his bore water interfering with the way the acids in the horses’ stomach worked -thereby preventing them from processing carbohydrates correctly and benefiting from the nutrients.
Since installing Hydrosmart Mr Osborne’s horses have put on significant weight, very visibly.

He also tested the effects of the technology by using the water on areas of his lawn and around his home. He noted that even with just a few waterings, his plants and grass have started to perk up.