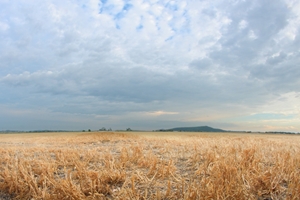 Crop production across Australia has been varied throughout the last few months, in no small part due to changeable and unfavourable climate conditions.

The Australian Department of Agriculture found that the cotton industry in particular has struggled over the summer season. A total of 470,000 tonnes of cotton lint and around 665,000 tonnes of cottonseed have been produced in that time. While those figures sound impressive in their own right, they actually represent a 47 per cent decrease on the output from previous years.

Prolonged hot conditions in late spring and at the start of the prime summer period are partly to blame, as soil moisture was impacted and subsequently limited the sustainability of crops.

Growers who used a Hydrosmart water conditioner would have likely benefited, particularly as it can be used to unlock the bio-available nutrients in the resource which are exactly what’s needed to support high levels of crop vitality.

Difficulties with irrigation meant that the overall area that is typically used for cotton plants shrank – from 392,000 hectares last year to just 210,000 this season.

Moreover, the total area of planted crops of all types was reduced by 7 per cent, potentially having a big economic impact. The fluctuating price of the Australian dollar is also compounding the issue.

NAB found that cotton is trading well below the price it was at this point in 2014, with demand from China – one of the key export markets for Australian cotton – also slowing considerably. In total, prices are set to drop by over 13 per cent year-on-year.

The overall impact of the varied output will not be fully understood until the summer season completely comes to a close. The next raft of figures of the Department of Agriculture will help determine whether the latest trends are merely a bump in the road, rather than a bigger problem afflicting the wider agriculture sector.