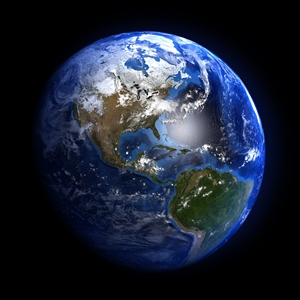 NASA has long been groundbreaking in its actions. One of its latest missions has an end goal that typically wouldn’t be linked with space exploration: solving global drought issues.

At the end of January, NASA launched a satellite which has the specific purpose of analysing soil moisture in a way capable only from orbit. The Soil Moisture Active Passive (SMAP) observatory is circling the earth at a distance of about 425 miles.

The three-year mission will monitor the surface of Earth and ideally find more scientific evidence to support the links between the planet’s water, energy and carbon cycles.

The data obtained could make it easier to predict adverse weather sooner. Droughts in particular would be flagged up ahead of time by meteorologists, with the appropriate preventative provisions then put in place.

“Scientists and policymakers will use SMAP data to track water movement around our planet and make more informed decisions in critical areas like agriculture and water resources,” explained NASA Administrator Charles Bolden.

Those who look after crops and livestock will be able to prepare vital resources long in advance if the NASA project does achieve its objectives. Using a water conditioner to get the best from resources is crucial, and, ideally, agriculture professionals would be able to stockpile water in advance of any dry spells.

This latest project could have a big impact on predicting drought conditions not only in Australia, but across many countries with similar climates.

“SMAP will improve the daily lives of people around the world. Soil moisture data from SMAP has the potential to significantly improve the accuracy of short-term weather forecasts and reduce the uncertainty of long-term projections,” stated Simon Yueh, SMAP project scientist at NASA’s Jet Propulsion Laboratory.

Once all of its systems are running to full capacity, the satellite will be able to map the entire globe every two to three days. To that end, NASA will likely have plenty of fruitful data from the project to analyse in the coming months.

Fertiliser Prices Through the Roof?
May 2, 2022
Recent Posts
Categories
Go to Top