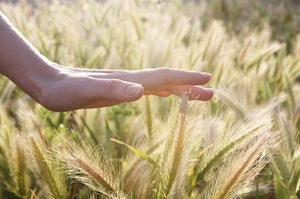 The wider implications the harvest could have on the agriculture sector are great, as the latest crop is worth somewhere in the region of $1.8 and $2.2 billion.

At present, the SA grain industry contributes a little over a quarter (26 per cent) of the state’s gross food and wine revenue – $4.5 billion. Eighty five per cent of that grain is then shipped to markets around the world, including the Middle East, Japan and China.

“It’s not very often we get a really good crop and really good prices, but this year we got them both,” said SA grain farmer John Lush in an interview with ABC News.

Prolonged dry and hot spells were supposed to be an issue for the majority of farmers, but the grain output ultimately didn’t suffer.

The rain at the start of the growing cycle has played a part, but effective water management is also one of the critical factors that has ensured the SA grain output remains at peak levels.

To that end, implementing a water conditioner solution such as Hydrosmart can make it easy to get the best from any water collected in bores or other applicable sources.

Hydrosmart can unlock the bio-available nutrients in the resource, making it perfect to support agricultural growth.

Furthermore, the system keeps waste to an absolute minimum, which means that every precious drop of water is put to good use.