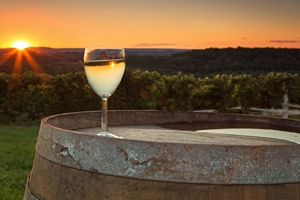 Hot weather in Western Australia has seen some vineyards pick fruit much earlier than usual. Wine producers in the Margaret River and Geographe regions in particular have noticed the biggest change in their schedules, the Australian Broadcasting Company (ABC) reported.

One wine maker even suggested that this is the earliest the vineyards have ever started the production process that sees grapes go from branch to bottle.

The variable Australian climate has been credited with shifting the timeline, with some winemakers in the region starting the production process as much as three weeks earlier than normal.

“We had quite a cool spring and we thought that the vines had slowed down. But this last two weeks of hot weather has brought everything earlier again,” Mr Burnell continued.

While overall grape yields are slightly down, fortunately, the quality of what has been produced is exemplary, and 2015 could be a vintage year for Western Australia’s wine.

This is no small part thanks to effective resource management. Water conditioners – such as those offered by Hydrosmart – are perfect for ensuring that growth and output remain at solid levels, even when the weather is posing problems.

The Australian Grape and Wine Authority (AGWA) is in the midst of developing a new five-year plan, which will set out long-term objectives for the industry. As climate patterns change, those in viticulture that utilise the best solutions to negate them will be the ones that get ahead and meet any targets.

AGWA Chair Brian Walsh outlined that the aim is “to be recognised internationally as the world’s pre-eminent wine producing country in the long-term.” If that is to become a reality, winemakers across the country will have to be adaptable in efforts to keep yields and the quality of produce high.