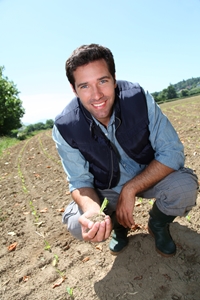 With water levels on the decline in New South Wales, irrigators and agribusiness owners are being forced to choose between rising electricity prices and water conservation.

This is according to a recent statement from the New South Wales Irrigators’ Council (NSWIC), published on July 30. The Council revealed that network charges account for 55 to 65 per cent of an irrigator’s electricity bill, which means that any increases to this factor have a major impact.

“Network charges have risen steeply over the last five years due to significant capital investment by the networks to meet a forecasted demand which never materialised,” NSWIC Economic Policy Analyst Stefanie Schulte explained.

“The numbers just don’t stack up – growers using irrigation equipment to increase their efficiency are now finding it prohibitively expensive to do so, so higher electricity costs now also mean decreased water use efficiency.”

The impossible choice between water and electricity efficiency is causing headaches for agribusiness owners and irrigators across NSW. Many water-saving technologies require significant levels of electricity to run, particularly on large-scale projects.

According to industry publication The Land, surface water levels in NSW are diminishing despite the cooler weather. Drier conditions in 2012-13 have led to national water storage levels falling to just 63 per cent of full capacity, the July 6 article explained.

This is an issue for farmers across Australia, as lack of rainfall will increase their reliance on irrigation and use of ground water and similar alternative water resources. Borewater use requires electricity, yet mains water is more expensive again. The farmer is faced with a stark choice between borewater and mains water. It is usually found that borewater, even after factoring in electricity cost, is cheaper than mains. Whether a good borewater source is available is another story.

Fortunately, this is where Hydrosmart can help. With low-energy water treatment technology, irrigators and farmers can utilise water supplies previously considered unusable. While saline and “hard” borewater are normally considered unsuitable for crops and livestock, Hydrosmart makes these water sources a useful resource, by both lessening the toxicity of the salts, and draining the soil of salts. These changes can help boost the viability of a business by boosting production, even as climate conditions change.

Hydrosmart uses computer-generated resonance technology to improve the viability of bore irrigation and water recycling systems, with very low power and energy requirements itself. It costs less to run a Hydrosmart than to run a modern light bulb.