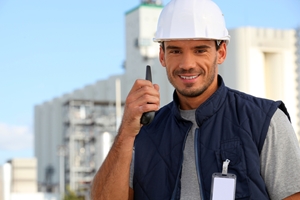 The southern parts of Australia are at risk of experiencing a “forever-drought”, according to a recent report released by the National Oceanic and Atmospheric Administration (NOAA).

NOAA researchers have used a climate prediction model that forecasts long-term rainfall in Australia. The software shows autumn and winter rainfall is expected to decline due to increases in manmade gas emissions.

The decline in rainfall across Australia’s southern states began around 1970, according to the NOAA research. Continued decreases in winter precipitation, in particular, will have significant implications for regional water resources.

Southwest Australia – including Perth – is expected to be hit the hardest, with a forecast 40 per cent decline in rainfall by the end of the 21st century. This is significant news for local mining and agricultural businesses or and all who rely on water sources in Southern and Western Australia.

For the mining industry, drought conditions can often lead to a range of water sourcing problems and can force mining operations to recycle mineral-laden water. As water is used repeatedly, any additives that are used, and any salts and minerals that are involved in the processing task, accumulate steadily in the flow.

Access to clean or useable water is a crucial requirement for mining productivity, so when water quality is compromised through recycling, serious implications arise across the industry.

Fortunately, this is where Hydrosmart comes in. Hydrosmart is a water treatment system that uses an electromagnetic field to break the bonds between minerals, and unblock pipes while preventing scaling and improving the viability of water recycling operations. This simple, low-energy and cost-effective technology can be fitted to existing infrastructure, making it the ideal solution for ongoing mining operations.