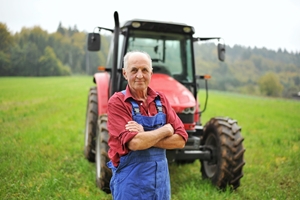 Mining operations in the Hunter Valley are impacting water quality in the area, according to a recent report from national community coalition Lock the Gate Alliance.

The report – Unfair Shares: How Coal Mines Bought the Hunter River – was released on July 14 to mixed reactions.

Speaking out in defence of Hunter Valley mining companies, the NSW Minerals Council explained that mining in NSW accounts for just 1.5 per cent of the state’s water use. In comparison, agriculture businesses use 49.2 per cent.

The Council explained that all mines must be licenced for the water they use, so are subject to stringent restrictions and controls. Additionally, the majority of water used at mining sites is lower quality than that used in farming or other industries.

However, the Lock the Gate report reveals some troubling statistics regarding water quality and salinity. In particular, irrigation and water recycling related to mining operations have resulted in salt load in the Hunter River at Singleton to increase from 10 per cent to between 13 and 20 per cent in recent years, according to the report.

While there are some controls in place to reduce the impact on regional salinity – such as the Hunter River Salinity Trading Scheme, these figures show that salt content has continued to climb, which is troubling for agricultural operations across the region.

“Coal mining is increasing salinity in the region by mining coal seams in saline aquifers and then discharging mine-affected water into the rivers and streams,” Lock the Gate Hunter Regional Coordinator Steve Phillips said.

With salinity levels and water quality under the spotlight, it is important for mining business owners to do all they can to protect their water sources. This could include investing in a Hydrosmart water conditioner system.

If your operations rely on irrigation and water recycling, Hydrosmart technology will break down bonds between minerals, and unblock pipes while preventing scaling and improving the viability of water recycling systems. This low-energy and cost-effective solution can be fitted to any existing mining infrastructure, making it the ideal solution for any mining operation.