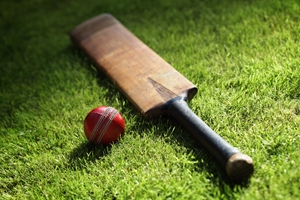 The Manuka Oval in Canberra has come in for criticism recently, as the state of the pitch has been labelled as ‘tired’ and ‘old’ by former Australia Test batsman Dean Jones.

The pitch is most notable in that it traditionally hosts the Prime Minister’s XI when they play a touring side at the start of the year. However, the venue was also used for the Big Bash Final, a move which saw Cricket Australia and the pitch itself come in for criticism.

“It was a little bit on the dry side,” explained Manuka Oval head curator Brad van Dam in the aftermath of the match between Perth Scorchers and the Sydney Sixers.

“My preparation wasn’t at its peak at how I like it due to the weather forecast, so I had to change my preparation tactics to make sure I wasn’t under-prepared for the match. What we did was very professional. It was the best we could do,” he went to tell the Sydney Morning Herald.

The dry conditions that Australia is currently experiencing are troubling for groundsmen across the country, as pitches falling into disrepair can quickly impact the quality of the sporting event on show.

Maintaining a pitch with the best water supply, especially when temperatures are higher than average, is key in sustaining turf growth.

To that end, implementing a Hydrosmart water conditioner can act on the large minerals found in water and break them down through the use of resonance frequencies.

This process unlocks the bio-available nutrients in the water, making it perfect for supporting healthy turf growth.

Furthermore, a Hydrosmart system can reduce the risk of scaling, meaning that any sprinkler system being employed can be kept at the peak of its ability too.