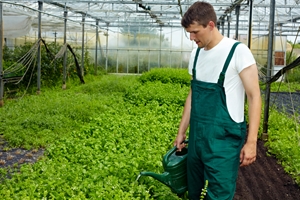 Australians used just under 20,000 gigalitres (20 billion litres) of water in the 2012-13 year, with agricultural irrigation leading the charge, according to new data from the Australian Bureau of Statistics (ABS). The report also addressed variations in costs associated with managing water, pointing to the importance of efficient, sustainable water treatment solutions in Australia.

Whereas agricultural uses accounted for about a third of consumption in 2011-12, it amounted to almost two-thirds this past year.

“Agricultural water use represents 65 per cent of Australia’s total water consumption, with most being used in irrigation,” said Steven May from the ABS.

Although the year wasn’t a wet one, rainfall from previous years provided farmers with some relief, encouraging them to increase their water application rates, Mr May noted.

However, with much of Australia facing rainfall deficiencies and severe drought conditions this year, farmers and residents throughout the country may need alternative strategies to keep their stock, crops and lawns hydrated.

Hydrosmart is effective in this regard because it can turn previously unusable bore water into a nutrient-rich supply – all with a low-power, affordable solution.

Additionally, with the ABS data pointing to variations in water quality and costs for both agricultural and domestic use, selecting a high-performance option that’s also extremely efficient provides a clear advantage.

“In 2012-13 Australian households spent more than $5 billion dollars on water, paying an average of $2.97 per thousand litres,” said Mr May.

“While agriculture’s cost was just seven cents per thousand litres, there are often considerable differences in water quality as well as the costs of treatment and supply for kitchen tap water compared to water for irrigation.”

Using advanced water conditioning technology like Hydrosmart can help consumers make the most of their own water supplies without incurring significant treatment costs or maintenance.